Bayo moved to London to study in 93 and worked in all manner of jobs. He managed a bookshop for many years as well as working at Warner Brothers and doing charity fundraising. During this time he also belonged to many casting agencies appearing in Eastenders, The Bill and Grange Hill, doing music videos for the likes of Paul McCartney, Madonna and The Bee Gees TV adverts for Diet Coke, British Telecom and Red Bull.

He also promoted nightclubs, DJ'd, sang in the band Baby Clyde and appeared in Finian's Rainbow in the West End. During this time he did work experience at the BBC (Points of View/Watchdog) and reviewed films for T4. Every summer between 2000 and 2005 he worked in Ibiza working for Space, Manumission and eventually running Defected.

Bayo started streetcasting in 2003, he also cast shows for London Fashion week and worked at various casting studios. After this he became a booker at a modelling agency and then left there to set up the agency side of The Eye.

Bayo was on the judging panel of Signed By Katie Price on Sky Living. 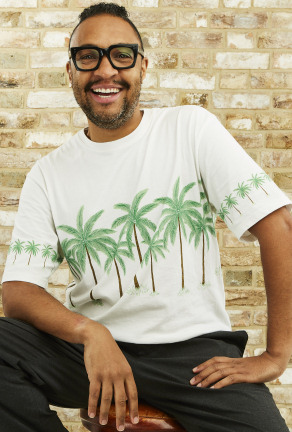